Riders ready? Bikes ready? Trails ready! We've got the lates news from the world of shapers for you!

The moment the winter with its snow makes its way back to its summer dependances - the peaks of the Hohe Tauern and the North Pole - they are ready: The Shapers!

Adjusted with picks and shovels in never before seen designs and colours they prepare the way for the smoothest bike days! No stone is left unturned and the men with the heavy equipment say a silent "Servus" to the brake bumps! Special attention is paid to the pampered biker's eyes not to expect a "lookout" next to the trails (if you want to be a good trail shaper, never leave home without a handful of flower seeds). 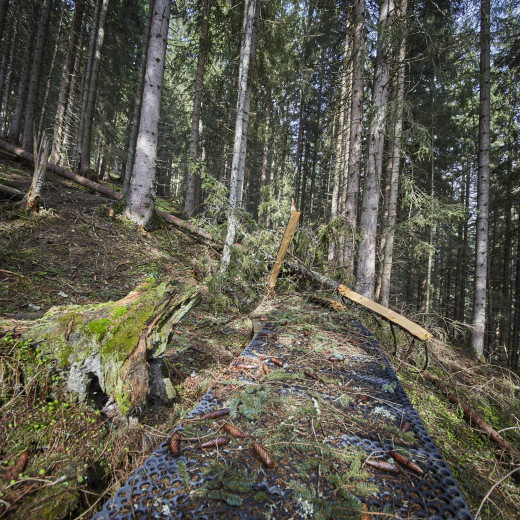 Winter damage must be eliminated 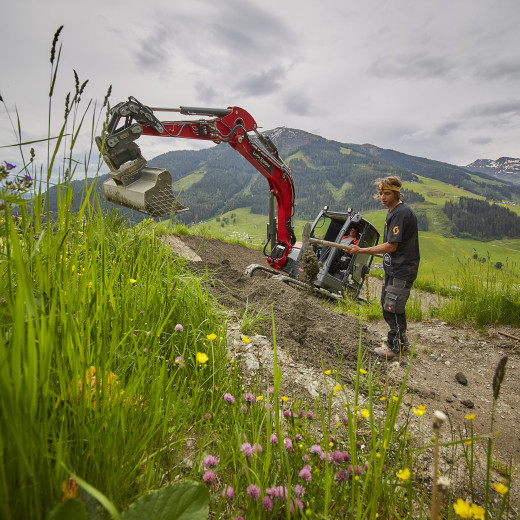 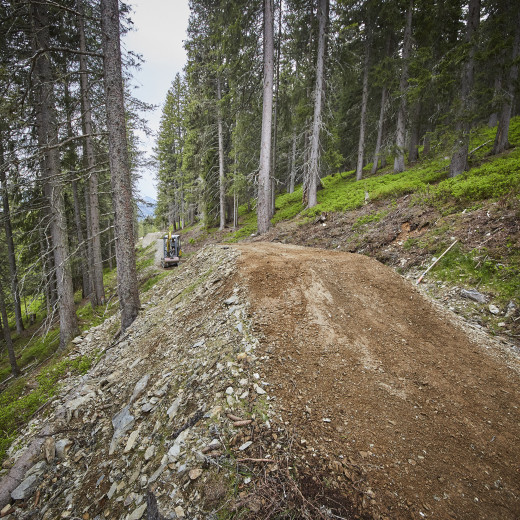 En route with the crew

The guys of the Shape Syndicate Crew around Head-Shaper and company boss Roli Hofer know their trade. They are all passionate mountain bikers themselves and are also skilled craftsmen, which is something you have to be, because a racy winter likes to knock down a few trees from time to time, that are then lying around on the lines and trails and on top of it all demolish bridges and north-shore elements.

Not ideal for the flow of a trail are also wrongly installed or repairable drains, standing water causes damage that you can't get rid of for the whole summer season. Trail builders also have to put up fences to keep out the four-legged-muuhing-friens, who, standing on the trail, would also massively restrict the flow ;-) 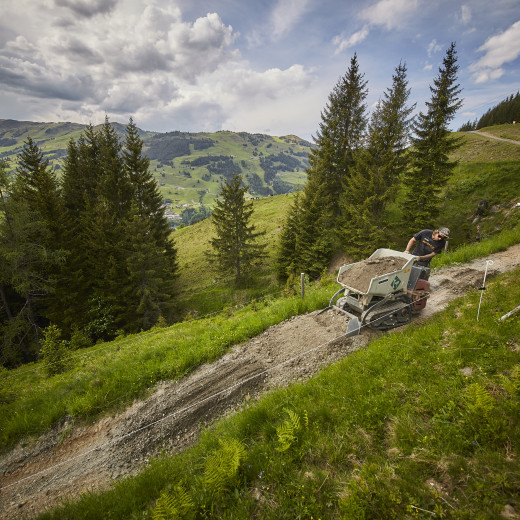 General renovation of the Bucheggtrail 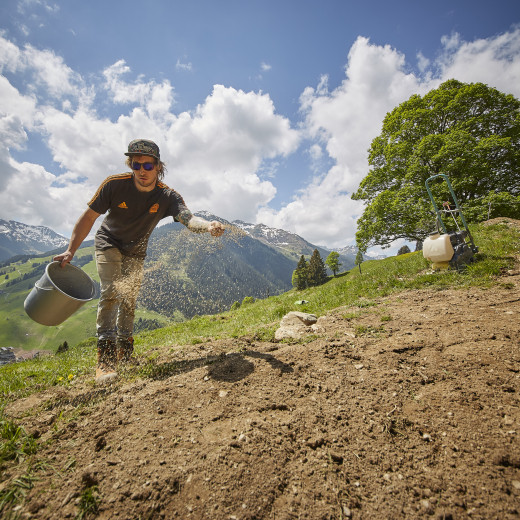 Beauty treatment for the areas next to the trails 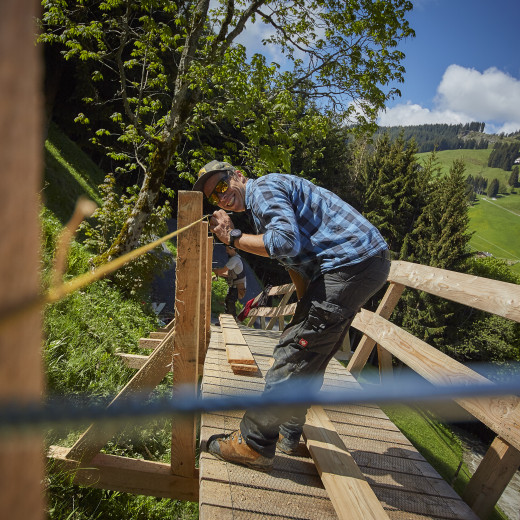 New northshore at the Bucheggtrail

What's new on the trails of Saalbach Hinterglemm?

On the Blue and Pro-Line at the Reiterkogel, the X-Line at the Schattberg, the Z-Line at the Zwölferkogel, the Monti-Trail at the Kohlmais and the legendary Hacklberg- with the following Buchegg-Trail, basic renovations of the whole trails were done. Some of the banked curves were made steeper and higher, the jumps got a re-shape, the really nasty brake waves were removed and the water outlets were renewed.

The trees that fell down due to the snow load were removed and the damage on the wooden footbridges was checked and repaired. Also the hare grid (which prevents slipping on the North Shore elements) was renewed. The fences along the trails are also ready to keep the cows and sheep from their illegal "track walks". 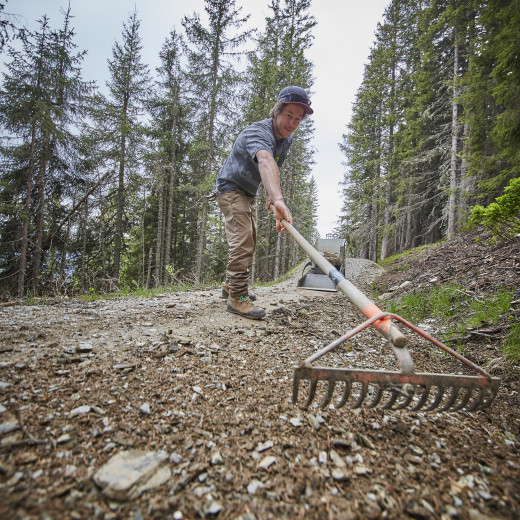 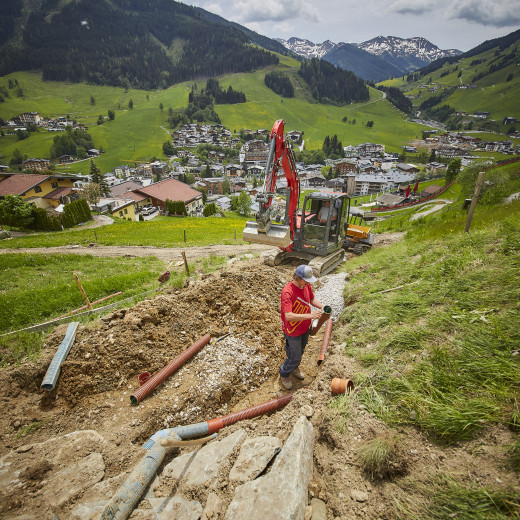 New drainage at the Pro-Line 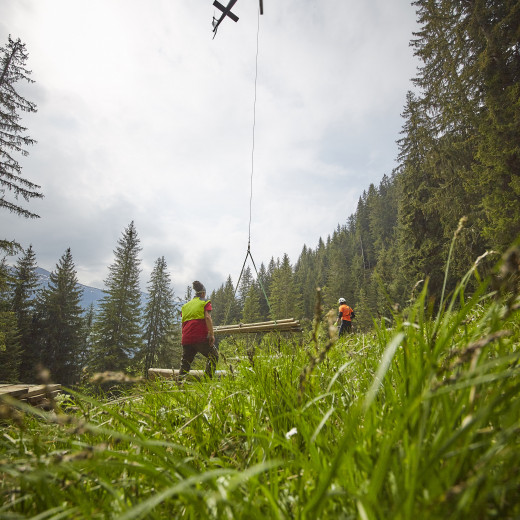 Air delivery of material for the Z-Line

Everything ready for the season kick off on June 11th 2020!

In the upper part of the Panorama-Line at Kohlmais, the routing has been optimized. The places that were always heavily braked are now rounder and more flowing.  The same applies to the Monti-Line: Here, too, a smoother course has been provided, which has a positive effect against the settlement of brake waves.

The latest news on the Buchegg Trail can be found under the Gerstreit Alm. From there, you don't have to drive a metre along the forest path anymore, but can cruise relaxed over the new trail and north shore sections.

Thanks to the Shape Syndicate, the season in Austria's largest bike region with its 70 kilometres of Lines & Trails can start the summer season at full speed on 11 June 2020!

Thorsten Günthert
added to watchlist
Back to Overview