Fritz Steger and his sixth sense for snow!

From 13 to 14 February the Alpine Ski World Cup comes to the Skicircus Saalbach Hinterglemm Leogang Fieberbrunn. The Audi FIS Ski World Cup with Men's Downhill & Super-G will be held on the legendary World Cup track. Even if these races were taken over at ultra short notice - thanks to the best preparation, the racers will find top piste conditions on the World Cup piste on the Zwölfer! Fritz Steger, head of the track, explains how much finesse and snow expertise is needed to create a perfect race slope.

The hotelier from Hinterglemm has been the Vice Chairman of the Skiclub Saalbach Hinterglemm for more than ten years now and has been responsible for countless of racing courses held there. He had to follow big footsteps, for his father, Herbert Steger, was amongst others a race and course director during the World Cup of 1991. As part of his job, Fritz Steger has to hand the slope over to the race staff in the best possible and race-ready condition. Demonstrating plenty of technical expertise, he explains how much effort goes into creating the perfect racing slope, “The construction of the slope already begins with the production of the right base snow. As soon as it starts getting cold in late autumn, we launch the development of just the right kind of snow layer. I discuss the approach with the head of the snow production team and the operational manager, because the snow on a racing slope needs to be ‘fatter’, meaning that it must contain a higher water ratio.”

Fritz Steger preparing for the race.

Setting up the slope

Once the snow canons have produced enough snow for the racing slope preparation, the slope gets modelled with the help of cutting-edge slope machinery. “Back in the day, I used to have to walk along the race track with a drilling machine in my hand and do sample drills to test the depth of the snow. These days, technical equipment inside the snowcat ensures an even distribution of snow. The entire World Cup slope was surveyed via flyover during the summer. With the help of that profile and a GPS device, we can see exactly how much snow there is in any given spot. This way, crossovers and jumps can be set up perfectly for the runners. I can also see the positions of the individual gate poles directly on my display. The speed course was set up last winter and was trialled by junior runners before it was measured precisely via GPS,” explains Fritz Steger. 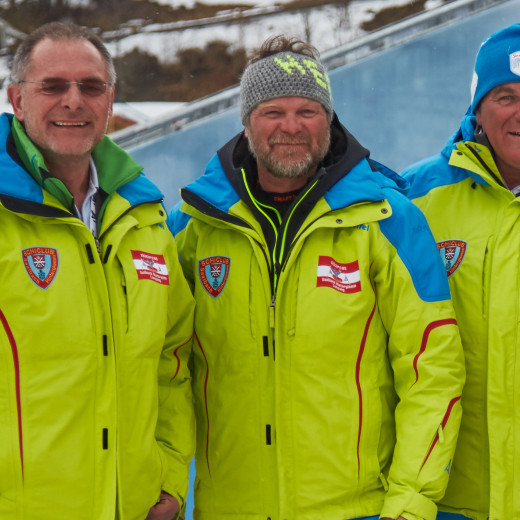 Fritz Steger (in the middle) with Peter Mitterer (left) and Bartl Gensbichler from Schiclub Saalbach Hinterglemm. 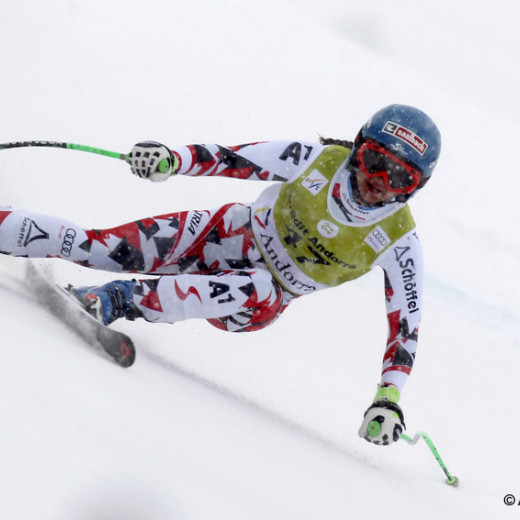 A perfect race piste is a delight for the racers. 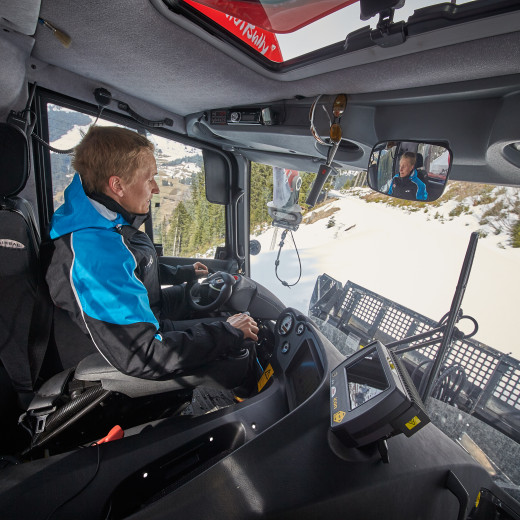 The final finish is made by the snowgroomer

Water is crucial when it comes to course construction

After that, it is of course crucial to keep an eye on the slope, as there needs to be an immediate reaction in the case of fresh snow or rain. The course director says, “I am constantly on the slope during winter to make sure the slope’s construction is carried out properly. It’s like a motorway – if there’s too much material on the road, undesired ripples and potholes can soon show up. So, we have to check if there is enough water in the slope just before the race, or if the snow is sloppy. Sloppy snow is cut out like you would do with a foul part of an apple. The weather is, of course, always of the utmost importance for me as a race and course director. If there is a lot of fresh snow just before the race, I often don’t get out of my skiing boots for days, because I have to make sure the slope is ready for racing again.” 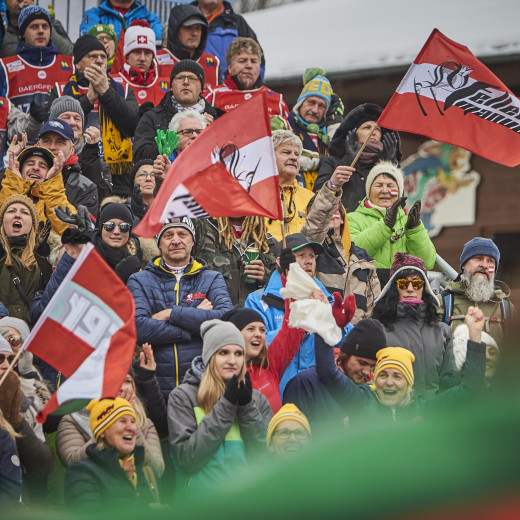 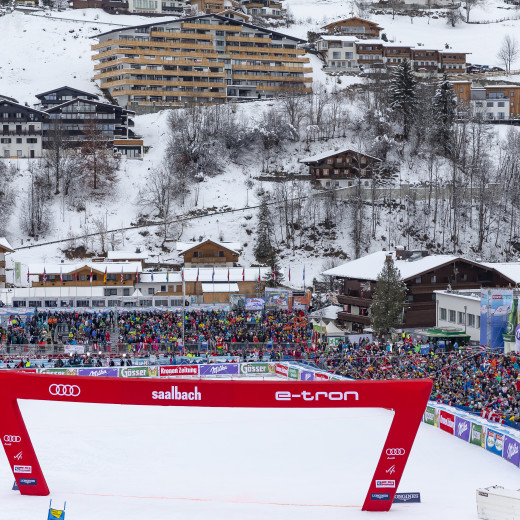 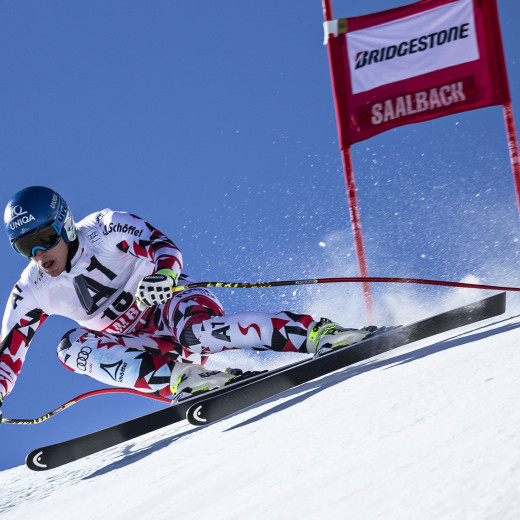