From 7th to 13th March 2020, the world's freeride elite will be targeting the backcountry in the skicircus for the 14th time. At Wildseeloder in Fieberbrunn, snowboarders and skiers will show off their skills at 629 metres above sea level with faces of up to 70 degrees. This is where it is decided who is among the best and who is allowed to travel to Verbier in Switzerland for the grand finale.

Fieberbrunn is the only stop of the Freeride World Tour in Austria and Germany. The world's best freeriders have to climb to the summit of the Wildseeloder for about 40 minutes before they start their lines from the start at 2,118 m. From the Contest Village on the Lärchfilzkogel, spectators watch the spectacular runs. Saalbach Stories asked one of the top riders of the FWT for an interview. Markus Eder, last year's winner among the skiers, talks about his current film projects and why he will be competing in Fieberbrunn this year despite his sabbatical.

Dear Markus, you are taking a personal break this winter. What projects are you pursuing?

Since the beginning of my career I have been jumping back and forth between film shoots and contests. For the last two years I've been focusing on FWT and filming behind the scenes. This year, however, my focus is on my own film project. I can't wait to be back in the starting hole in Fieberbrunn.

Will there be a contest season again sometime?

I can't say at the moment. I always plan my seasons rather short-term and let myself be driven by ideas and motivations.

Your memory of Fieberbrunn 2019? You said in an interview that the run went 100% according to plan?

Yes, it did. But when I look back now, it only went 99% according to plan. There is always something to work on. But it was definitely the contest run I am most satisfied with. Normally I have to deviate a little bit more from my plan during the run.

What made Fieberbrunn a special tour stop for you?

Apart from the fact that Fieberbrunn is the closest stop to my home, the Ahrntal, I was able to win with the biggest gap in points. I found an extraordinary line on which I could live out my creativity. Besides, the snow was incredibly cool to ride - not too deep and even a little bit wind-pressed. But it was incredibly fast snow and perfect for landing big airs. Mostly it was the fact that I could almost do the perfect run. 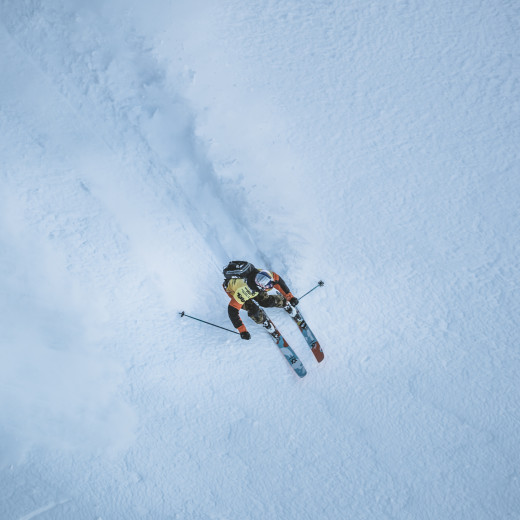 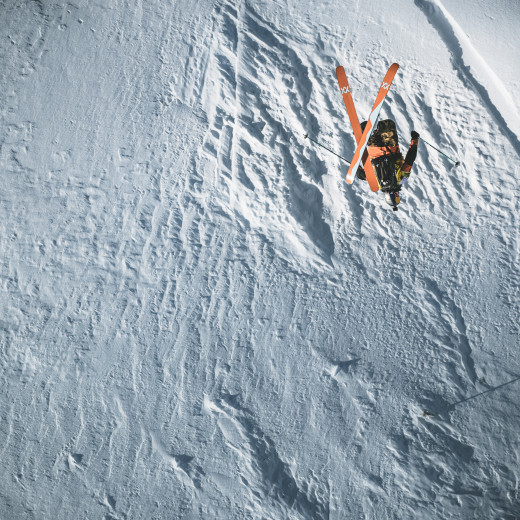 You entered the backcountry racing scene in 2011 - how did you get there and what were the winters like before.

Before the appearance at the Red Bull Linecatcher in Vars (France) 2011 I was a die-hard freestyle skier who didn't want to know anything about freeriding. Freestyle was my world and I already travelled the world with it back then. My manager got me a starting place at the Red Bull Linecatcher. There they built jumps into a freeride slope and all my idols from the ski movies were there. Until then I never had freeride skis on my feet. I actually didn't want to take part, because I thought I didn't have a chance anyway. In the end, however, I let my manager persuade me, and at the beginning of the year I skied a lot of deep powder at home and unexpectedly ended up in second place. This contest has opened a new door for me, to a world I never dreamed of.

Despite your sabbatical we will see you at the start in Fieberbrunn?

Yes, Fieberbrunn is the only stop where I am participating with a wildcard this year. There's something I couldn't do last year... so I have a score to settle now, hopefully.

Details of the programme and information are available here

Safety Camps in the Home of Lässig